The Mysterious Death of Julie Vega 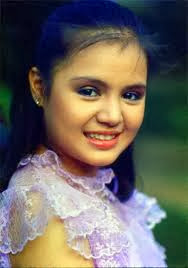 After every celebrity death comes the rumors. The most peculiar and mystifying rumor becomes the most accepted of all stories. And finally, this rumor end up as an urban legend. From a factual information, this is added by opinions of other people, and the teller altered them so his/her hearers become interested. That's a simple formula of making a famous urban legend.

One of the most popular celebrity death with an urban legend is Julie Vega's. Her cause-of-death story morphed into a much more interesting gossip. Ever since I was a kid, I always hear those claims of how she really died, who took her life, and why did she die at a very young age.

Anyway, let's just try to discuss the mysterious death of Julie Vega from the utmost bottom of all reasons and/or answer.

Julie Pearl Apostol Postigo (popularly known as Julie Vega) was born on May 21, 1968, and died at the age of 16 on May 6, 1985, 15 days before her birthday. She is a very good Filipino child actress, singer, and commercial model. She won Famas Best Child Actress by playing as Angelita in her 1979 movie entitled Mga Mata ni Angelita, and as Lucia in her 1980 movie Durugin si Totoy Bato.[1]

She is the only girl and the youngest in six children of Dr. Julio Postigo and Perla Postigo.

She studied at the Our Lady of Sacred Heart School from grade school till first year high school before transferring to St. Joseph's College where she finished her high school.

She was discovered by Film and stage Director Lamberto Avellana, and actress Miss Boots Anson-Roa in 1975. She was performing at a Christmas party.

She started to become famous from portraying as Angelita in the movie Mga Mata ni Angelita which made her won the award. Her other known role was her GMA Network's soap opera, Anna Liza. This soap opera caught the sympathy and affection of Filipinos which made her more popular. That time, Flor de Luna in ABS-CBN was her greatest rival, roled by Janice de Belen. That role should have been Julie's, but she declined because of her tight schedule.[1]

She is also known in her portrayals in Mga Basang Sisiw, Isang Bala Ka Lang, Durugin si Totoy Bato and Lovingly Yours, Helen: The Movie.

Lovingly Yours, Helen is a Sunday afternoon program aired on GMA-7 from 1980 to 1996. This evolved into a television drama anthology from a daily counseling program on radio with the same title aired in DZBB.[2]

In 1984, because of its great popularity, they decided to turn it into an anthology movie.

The first episode of the movie was a horror-drama, which starred Julie Vega, Anita Linda and Coney Reyes. The second episode was drama, then the third one is a comedy-drama.[2]

Julie Vega roled as Ida in the first episode of the film. The shooting was done in an old house in Mt. Manalmon which is located in San Miguel, Bulacan.

This movie is actually the last film Julie Vega had before she died. The story is about this little girl who was a daughter of a mortal woman and a demon. This demon frequently possessed her.

I am not yet born at the time of her popularity and death. So I only knew her from the movies and rumors.

The first time I watch the movie Lovingly Yours, Helen, I was still a kid, and it really scared everything in me. The way she portrayed the possessed Ida made it much frightening. For me, she is the Emily Rose of the Philippines. Everytime I remember her face with bubbly mouth and her demonic voice, it really creates a nightmare.

She used to be an energetic and lively girl before they started filming the scary episode. Rumor has it, that after the shooting, few days later, she started to get sick and died eventually in a young age. Thus, people blamed the said movie. For what reason?

There are rumored reasons why she died. Some are connected to the movie, some are personal. Here's the alleged explanation of her death:


After Julie was buried, it was said, that her song Somewhere in My Past was playing in her room while her parents were in their room.

She started to get ill after her high school graduation in 1985. She was complaining of extreme weakness and lack of sensation in her lower body. Her parents brought her to a private hospital for diagnosis and treatment. After that, she was diagnosed with a demyelinating disease. It is a disease where their is a loss of fatty covering myelin of nerve fiber. As she was getting worse, her parents transferred to Quezon Institute.

As she was confined there, she also got bronchopneumonia which make her condition worse.

Then she was transferred again to the Lung Center of the Philippines in Quezon City on May 6, 1985, and she died at around 90 minutes later after her arrival at the hospital's intensive care unit. Her death is caused by Cardiac arrest secondary to Bronchopneumonia. Her death left Anna Liza incomplete.

That's what really killed her. However, I cannot say that the rumors about the engkanto is not true, because almost all people who knew her claims she died of engkanto curse. These creatures are unexplicable beings, and no one knows when they attack people.

Before she actually died, her family consulted a clairvoyant to know who killed Jeffrey. The clairvoyant asked them if they have a daughter. After saying yes, she warned them to take care of the child because she's about to die. Thus, Julie Vega's family realized the omen was true.