Jose Rizal is Jack The Ripper 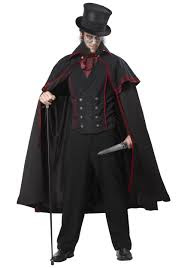 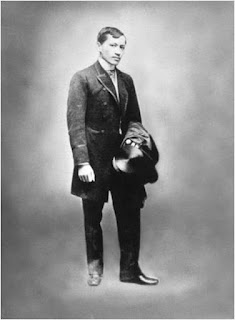 
"Jack the Ripper" is the best-known name given to an unidentified serial killer who was active in the largely impoverished areas in and around the Whitechapel district of London in 1888. He was so called because of a letter who was written by someone who claims he was the killer, however the letter was considered as a hoax. Another name for him are "The Whitechapel Murderer" and "Leather Apron".

While Jose Rizal was in London, Jack The Ripper was present and when he went back to the Philippines, the killings had stopped. It was very mysterious! Could it be just a coincidence? Or not?

By the way, Jack The Ripper likes girls while Jose Rizal was quite similar to him. They both have the same initials too, J.R.

For those who don't know Jose Rizal, he is the national hero of the Philippines though not legally official.

José Protacio Rizal Mercado y Alonzo Realonda (Jose Rizal) was a Filipino polymath, patriot and the most prominent advocate for reform in the Philippines during the Spanish colonial era. He is regarded as the foremost Filipino patriot.[Click Here]

While searching everything about Jose Rizal on the internet, I stumbled upon this summary of his life while living in London.

Rizal was in London from May 1888 to January 1889, in the British Library copying "Sucesos de las Islas Filipinas" by hand because there were no photocopying machines at the time. Jack the Ripper was active around this time, and since we do not know what Rizal did at night or on the days he was not in the library, some people would like to believe Rizal is a suspect. They argue that when Rizal left London, the Ripper murders stopped. They say that Jack the Ripper must have had some medical training, based on the way his victims were mutilated. Rizal, of course, was a doctor. Jack the Ripper liked women, and so did our own Rizal. And -- this is so obvious that many overlooked it -- Jose Rizal's initials match those of Jack the Ripper!

Actually the case was still unsolved. Till now everything about it is a speculation. Here's a brief information about Rizal and the Ripper in London:

This is the events that happened in London at the time when Jose Rizal and Jack the Ripper was in the said city. (In chronological order.)

[1]The book tells a fair presentation of a 16th century Philippine culture and civilization. (If you notice some defects in Filipino race, maybe you read the book yourself in order to make a better judgment of the present.)

[2]There appeared to be a good deal of evidence linking him with the Ripper. In 1913, Macnaghten told the Daily Mail that he had ‘a very clear idea’ who the Ripper was but had ‘destroyed all the documents and there is now no record of the secret information which came into my possession at one time or another.’ A journalist with good police contacts, G.R. Sims, stated in 1903 that ‘the body of the man suspected by the chiefs of Scotland Yard, and by his own friends, who were in communication with the Yard, was found in the Thames.’ Druitt indeed committed suicide in the Thames around November 30th, 1888, shortly after being dismissed as a schoolteacher in Blackheath, and three weeks after the last Ripper murder. Druitt, who was also a barrister, had chambers at King’s Bench Walk, within walking distance of the East End, and apparently had a cousin who was a doctor with offices in the Minories, on the border of the East End.

[3]In some sources, the evidences pointed James Maybrick to be Jack the Ripper. Well, all or almost all of the evidence pointing him are highly convincing making him the killer.


Other things about Jose Rizal:

Well, as soon as Jack the Ripper is still unknown, no one can say that Jose Rizal isn't him. We, Filipinos see this intelligent little guy a hero, good, patriot, and brave man for writing Noli Me Tangere and El Filibusterismo. Are we so sure that there is no bad side of him? If you notice, in El Fili, Simoun is brave, dark and vengeful who thinks of killing the influential people in Paulita and Juanito Pelaez's wedding day. I don't mean anything. I just open some possibilities which make him suspect of being JACK THE RIPPER.

However, if it is true that Alice Mackenzie was indeed one of Jack the Ripper's victims, then probably Jose Rizal was not him because at the time she was killed, Jose Rizal was not present anymore in London. Aside of that, there is no strong evidence to prove that he is the Ripper. They don't even have a connection with each other. I personally believe he is NOT.

I asked my professor in 'The Life of Jose Rizal' once about this intriguing controversy. She didn't tell me exactly if she do believe that Dr. Jose Rizal is indeed Jack the Ripper. She told me that even the most silent person in the world do have a secret, and Rizal might be one of them. She also told me that there are some proofs that point him to be the killer, but not too strong to hold the claim. I asked her what proofs, but she just became silent and closed the topic eventually. I don't know if she knew something. But one thing for sure, as long as Jack the Ripper is still not identified, claims of his identity will just rose from nowhere.

I highly advise you to search for yourself information that disproves the legend, not to prove it. You know its embarrassing if you believe he is. Jose Rizal is the perfect picture of a true Filipino, not only for being small but for being just HIM - patriot, talented, multi-lingual ... name it. Remember, Ninoy Aquino died the same reason why our national hero die for. I can't imagine if my favorite hero is a killer. I don't know if you feel the same way too.

Last 2012, I created an article about Jose Rizal as Jack the Ripper (see above). I even casted possible evidence of his settlement in England, and what he really was doing there. Aside of that, I also cited Jack the Ripper's activities at the same time when Jose Rizal was present in the country, and his identity being a murderer. I even give possible suspects according to the investigation made.

There are four highly suspected identity of Jack the Ripper. They are Montague Druitt; 'Kosminski’, a Polish Jew; Michael Ostrog, a Russian doctor; and James Maybrick. Obviously, investigators never thought a Filipino man named Jose Rizal should also be suspected with this. However, according to the latest investigation, the Polish Jew named Kosminski is the most probable true identity of Jack the Ripper.

Aaron Kosminski (or Aron Mordke Kozmiński) was a Polish Jew who was suspected as the real Jack the Ripper. He emigrated to England from the Russian Poland in 1880s. In Whitechapel, East of London, he worked as a hairdresser, the same place where the murders happened.

He was born on September 11, 1865, and died on March 24, 1919. He was born in Kłodawa in Congress Poland, now part of the Russian Empire. His parents were Abram Józef Kozmiński, a tailor, and his wife Golda née Lubnowska.

Aaron was institutionalized because of his illness in an insane asylum.

Sir Melville Macnagthen is the one who named Kosmiski as suspect of the Ripper murder case. Then Sir Robert Anderson, on his memoir 'The Lighter Side of My Official Life' also claimed Kosminski as the killer.

In the next following years, many investigators and authors had tried to solve the case. However, the defense against the prosecutors became very strong. Accordingly, Jack the Ripper is an Englishman or a good English speaker, which supposedly the key to persuading the victim to go to a dark alley, but Aaron Kosminski in the asylum preferred to speak his native language (Yiddish) indicating that he is a poor English speaker. He showed no sign of violent behavior except in two occasions when he threatened his sister with a knife. Ripper was also alleged to be a doctor while Kosminski isn't.

British author Russel Edwards commissioned Dr. Jari Louhelainen, a molecular biologist, to carry out a forensic study on a silk shawl supposedly owned by Catherine Eddowes, one of the Ripper victim. Dr. Jari conducted a DNA testing by extracting mitochondrial DNA on the shawl, matching it with the female descendants of both Eddowes (named Karen Miller) and Aaron Kosminski's sister.

Later on, crime enthusiasts from Australia noticed a nomenclature error on Dr. Jari's DNA testing. In other words, this error only mean that Kosmisnki and Eddowes have no connection, opening again the debate of the century.

Accordingly, Dr. Jari managed to extract an incomplete fragment on the shawl and tried matching it on Karen Miller's DNA. Actually, his complete work was not published, and the only detailed description of Dr. Jari's testing comes from Edwards' book. In addition to that, his testing was not yet subject to peer review of another scientist like him.

This doesn't mean that Jose Rizal is still a possible suspect by just having an error in the DNA analysis made by Dr. Jari Louhelainen. The fact that they never considered Jose Rizal is a simple and conclusive evidence that he is NOT Jack the Ripper. I even doubt if they know our hero.

The mystery of Jack the Ripper's identity will someday be revealed through much more complicated and modern forensic techniques. We already have DNA testing right now, thus on the near future, a much futuristic way will finally reveal it.

You may also visit: